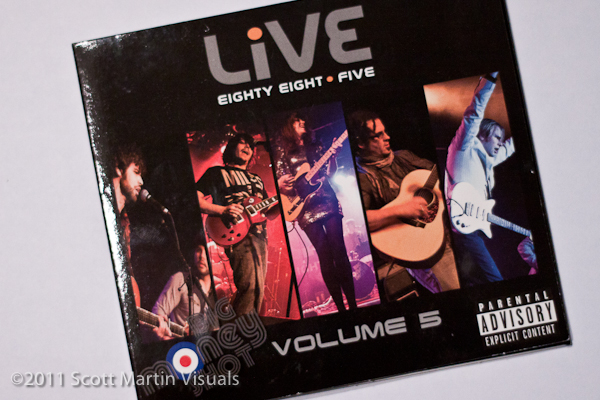 If you’ve been following my blog, you are well aware that I have been photographing the Big Money Shot competition in Ottawa over the last few years. Earlier this year I was contacted by the folks at LiVE 88.5, who have become aware of my photographs of their competition. They were in the process of putting together Volume 5 of their Live at The Live Lounge series. Volume 5 was to be a Big Money Shot 2010 compilation. They were looking to use some of my photos from the 2010 Finals, 1 for each of the 5 bands that performed that night. The photos were chosen and the cd artwork was put together.

I am happy to say, that my photographs have now been featured in 2 cd packages this year. The first instance, was for Become the Sun‘s debut cd.