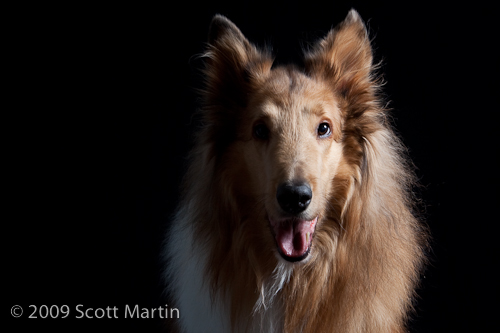 I’ve been working more with my off camera lighting lately. After a certain point, taking stills of my son’s toys gets old. For a real challenge, I thought I would try working with my 9 year old collie, Tupper. While you may think he is cooperating, a lot of the time isn’t. He’s good at staying in the general vacinity of the camera, but he won’t always keep the position you put him in, or look where you want him too. At least I can afford his modeling fee. A handful of treats is all he asks for.

I was using a one light setup that gave me a fairly dramatic look to the images. I don’t think this would be a usual setup for me, but once in a while, it’s nice to go bold. And being the hairy beast that he is, I like the look.

I had to work quickly. Even with the treats, he has usually had his fill after about 20 minutes and is looking to escape! 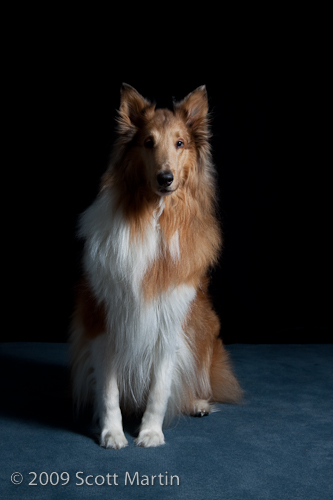