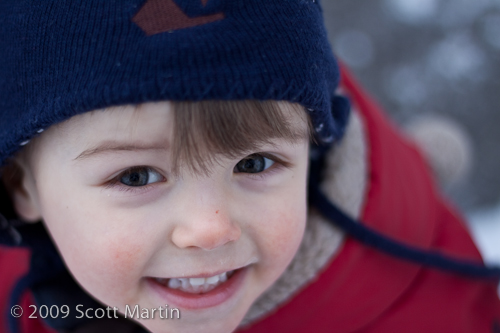 Every year we include a picture of our son in the Christmas cards we send out. The picture above is the one that went out this year. It was taken one weekend in December when we were outside playing in the snow. That wasn’t the plan. I wanted one using an off-white backdrop, a tree, and maybe the dog. I wanted to do something with my off camera flashes now that I knew how to use them. My son had other ideas…

Below are some shots from the planned shoot. Unfortunately, my son wasn’t really interested in having his picture taken that day. It had been awhile since he was in the basement. He was more interested in his truck and my Rock Band guitar and drums. He’s used to the camera, he’s seen it since he was born. He’s been smiling when prompted since he was three months old. But today he had other interests.

Sometimes you just can’t get a toddler to cooperate. As I had left this to the last minute, there would be no second chance, if people were to get their cards before Christmas. Rather than try and force it, I called it quits and went in search of a recent picture I already had, as my wife and I weren’t really crazy with any of the shots that I managed to get.

Next year, I’ll get started earlier, so I have more than one attempt at getting my shot. 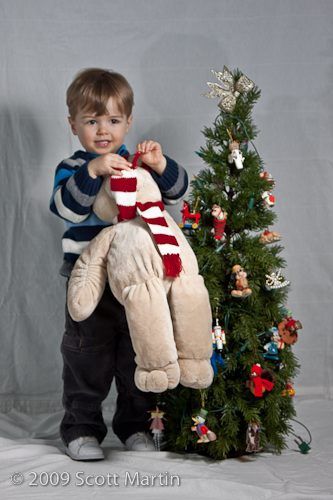 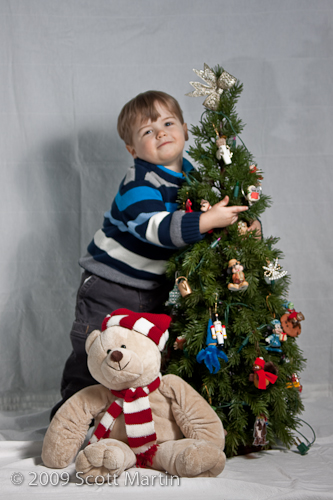 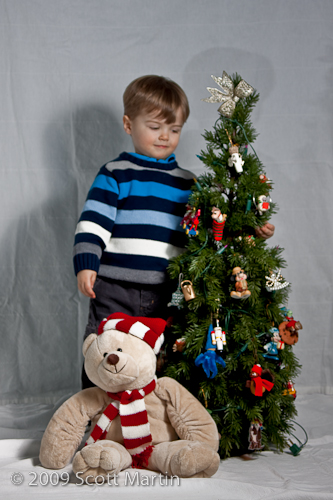